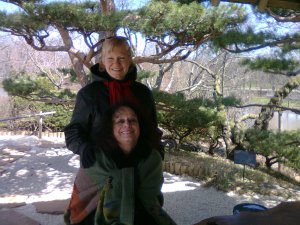 A Discussion with Evelyne Accad and Cynthia Hahn

Join us for a discussion and Q&A with Evelyne Accad, novelist and Professor Emerita of French and Women’s Studies, University of Illinois—Urbana-Champaign, and Cynthia Hahn, literary translator and Professor of French, Lake Forest College. Accad’s novel, Coquelicot du massacre (Poppy from the massacre) (1988) offers a fragmented, semi-autobiographical narrative of her experience teaching in Beirut during the Lebanese Civil War. Hahn, a longtime translator and scholar of Accad’s work, visited Lebanon several times as she prepared her translation in English of the novel. With this discussion, Accad and Hahn will address their processes of writing and translating the civil war and ensuing conflicts in Lebanon.

A light reception with food and drink will follow.

“Hazel got up, slower this time, her pounded and squeezed body creaking as she slid her socks over the linoleum like a skier.” 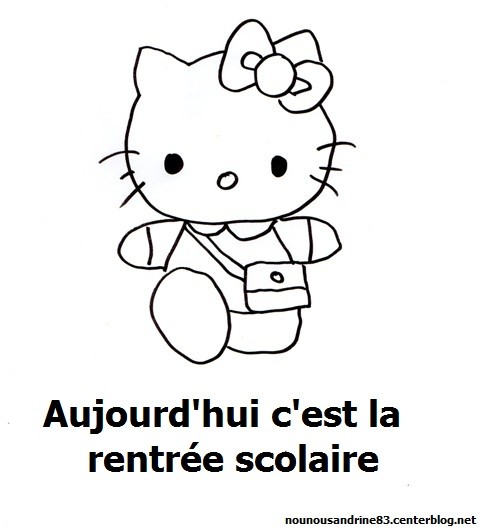 Ugh. I hate that I’ve been too busy to post anything these past months. So many beautiful things to write about, and they’re all just flying past, lightning speed. There were my students’ research papers in the Metro Line 2 class last term (to wit: a Jonathan Swift-like modest proposal that the drag queen is the ideal French citizen and Marianne should be replaced by Mario-annes), Dana Spiotta‘s gorgeous novel EAT THE DOCUMENT, and my two-year-old daughter’s amazing feat in the bathtub on Thursday evening: soft foam letters of her name stuck to the side of the tubby, she pointed to each and spelled it clearly, without hesitation: A-U-D-R-E-Y. I was flabbergasted. All I could to was laugh in delight and say, “yep, kiddo, that’s you’re name, alright!”

But I’ll be guest posting on John Warner’s Inside Higher Ed “Just Visiting” blog a few times this term, and I’ll have an interview with David James Poissant (author of the forthcoming short story collection THE HEAVEN OF ANIMALS) over at Fiction Writers Review. And for this snowy, cold, Sunday morning, as part of David Abrams’ Sunday Sentence Project (“Simply put, the best sentence[s] I’ve read this past week, presented out of context and without commentary”), I offer this beauty from Eleanor Henderson‘s TEN THOUSAND SAINTS:

“”Bursts of red and gold flowered above them, petals of color fading and falling with the snow, and Teddy went up there.”

Patti Smith on Lou Reed in The New Yorker. If you read only one tribute, make it this one.

• Both feature French classes – in The Class, a junior-high French grammar and composition course, and in Skirt Day, a high-school French literature course

• Both schools are poorly resourced, situated in “quartiers sensibles” (minority neighborhoods in crisis).

• Both teachers do problematic things to complicate the situation in reaction to their students acting out.

• The students are for the most part either Beur (second-generation) or immigrants from North and Sub-Saharan Africa.

• The students primarily speak in contemporary slang with a liberal dose of vulgarity as a matter of course.

• Both films presume a certain understanding of French Republican values (particularly mixité, the idea that all people should present an anonymous sameness in the public sphere in order to level social difference, and laïcité, or the secular public state).

This, however, is where the similarities end. The Class won the Palme d’Or at Cannes in 2008; Skirt Day, meanwhile, was a made-for-TV melodrama that made a small splash on the screen. The Class stars an actual junior high French teacher (François Bégadeau as the thoughtful and affable M. Marin; Bégadeau wrote the autobiographical novel on which the film was based) and actual students (one of whom, Esmeralda, I had the pleasure of tutoring at the Association de Culture Berbère a few years before the film was made). Skirt Day, meanwhile, stars legendary actress Isabelle Adjani as the trembly and unhinged lit prof Mme. Bergerac. The Class is a quiet and nuanced story; Skirt Day is highly dramatic and polarizing, both violent and sentimental.

I hadn’t seen either film since their theatrical releases in France. So it was striking to see them back-to-back this weekend: I was, as always, bowled over by the subtlety of Cantet’s work (his other films, Time Out and Human Resources, are also quietly powerful, riveting stories, and I recently learned that he is—or has – not sure which—adapted Joyce Carol Oates’ Foxfire for the screen, news that has me downright giddy.) And in the case of Lilienfeld’s film, I found myself shrinking with embarrassment over the absolute lack of nuance and suggestion. Viewers are more or less bludgeoned with the message “don’t judge a book by its cover.”

So as I was putting together viewing guides for my classes, I found myself thinking about how I was going to introduce the films. The Class would be fairly easy. “Show, don’t tell” serves as Cantet’s cinematic mantra, so you don’t need much understanding of contemporary France to get the point that these kids and their families live on the margins of French society, and pedagogical and disciplinary measures that seem obvious in more privileged communities can have far more serious and reaching consequences for these students.

Skirt Day, however, walks an odd line: it simultaneously spells out (through dialogue, costume, and dramatic reactions) exactly why a skirt can be seen as inflammatory in this school’s (and by extension, in the contemporary French) context, and yet presumes lived experience of French society and Republican values (as a tele-film likely would). The major turn in the denouement comes through information that was previously withheld about Adjani’s character. It’s not entirely fair play, and the “telling” is at moments mawkishly heavy-handed.

But for all its flaws, for American students of French language, literature, and culture, I’m thinking that Skirt Day will serve an important purpose. In some ways, the story mirrors the narrative to the French bans on headscarves and veils. It is unsparing in its depiction of sexual violence, one of the major concerns of activists for immigrant women since the rash of gang rapes in the 1990s that took places in suburban French communities following an influx of self-styled imams who professed fundamentalist forms of Islam. The gaps in the narrative that emerge due to the explicit explanations that presume shared knowledge of French society can help students see their own gaps in knowledge.

So I’ve realized that while The Class can be presented as both a work of art and as a cultural document, Skirt Day may, in fact, do more work to help non-native students of French understand some of the stakes – or at least, suggest how much more there is to know—and experience—before we can understand. The idea of who we are inside (back story, family heritage, and the presumed limits of our world and capabilities) vs. who the world sees outside is a driving theme for both films. And delving into the worlds of others: I’ve said this elsewhere, and others have said it better, but this is what the humanities is all about, right? 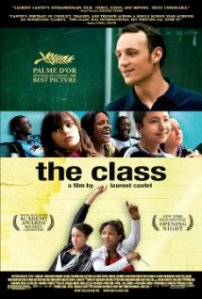 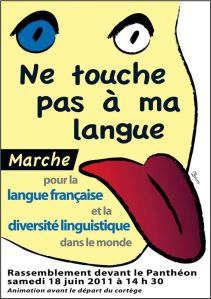